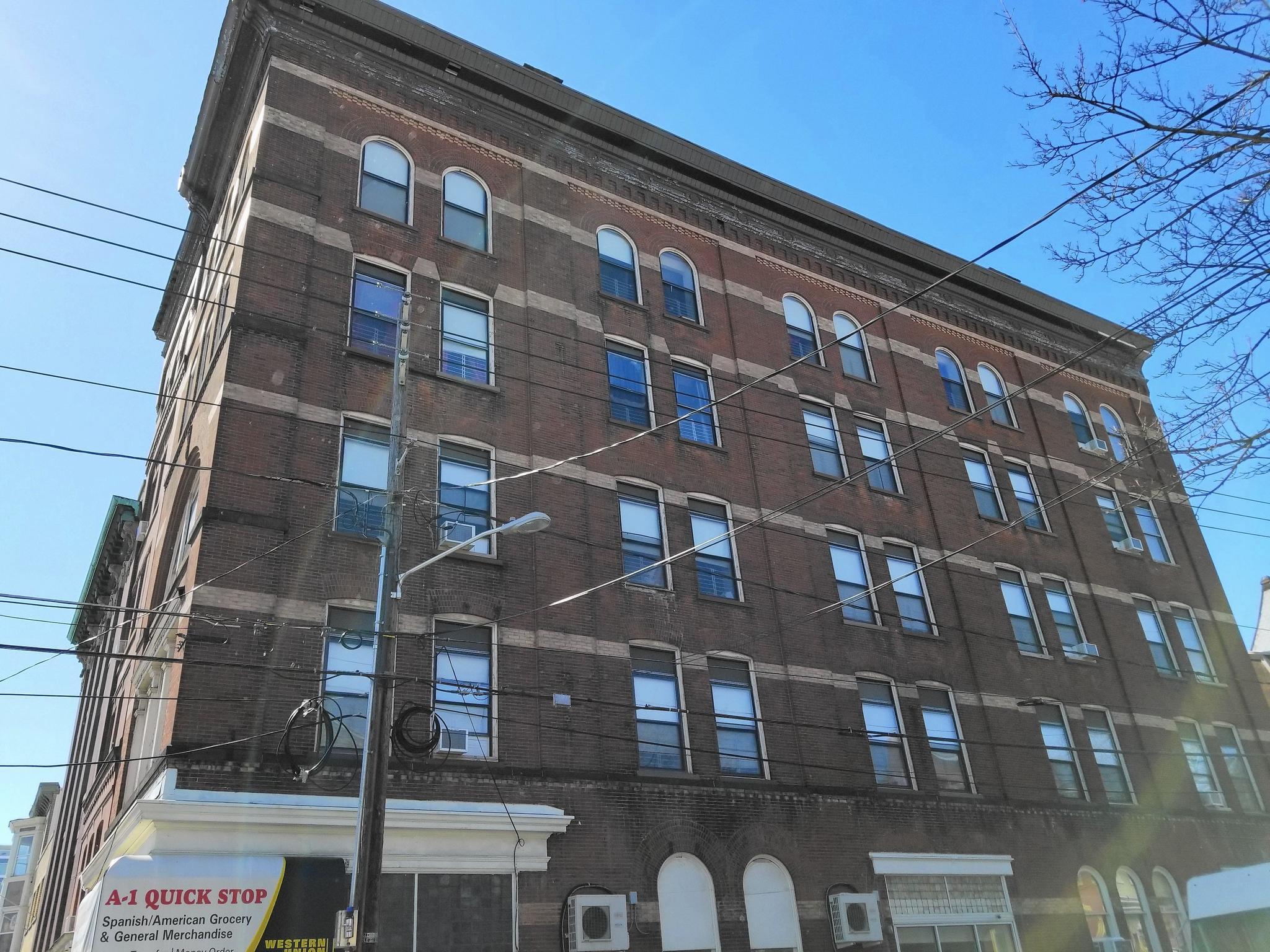 The term “Hail Mary” is firmly entrenched in football terminology as a desperate long pass into the end zone at the end of a half or particularly the end of a game.

Patriots quarterback Tom Brady nearly connected on one to Rob Gronkowski at the end of the last Super Bowl, which could have ruined one of the best nights of my life.

But the Hail Mary didn’t originate with football, as you probably know. It’s a prayer that includes a plea for divine intervention.

It was first connected to football through Catholic powerhouse Notre Dame and was cemented in popular culture when Cowboys quarterback Roger Staubach completed a long game-winning touchdown pass at the end of a 1975 playoff game and said afterward, “I just closed my eyes and said a Hail Mary.”

The bottom line is that it’s an effort of last resort. So when Alan Jennings, executive director of the Community Action Committee of the Lehigh Valley, tells us that he tried a Hail Mary to save the long-term transitional housing program of CACLV’s Sixth Street Shelter, you know he was desperate.

I’ll tell you in a moment whether he was Roger Staubach or Tom Brady. First, some background.

CACLV’s Sixth Street Shelter has been providing temporary housing for homeless families with children since 1984. Transitional housing programs like this one have been very successful in the Lehigh Valley as a way of helping people in poverty achieve sustained success.

I wrote a column a few years ago about a young woman named Alexcia Quinones whose life was turned around when she and her two children were accepted into the six-month transitional housing program at New Bethany Ministries and later into its 18- to 24- month transitional housing program. The counseling and training she received, and the opportunity to save money so she could pay her bills and prepare to move into her own place, helped her resume her college education and pave the way for a brighter future. She was chosen to speak at the organization’s annual Souper Day program, where she received a standing ovation.

Jennings says the key to these programs is to devote the limited resources available to helping people who are judged to be motivated to fix the issues in their lives and will work to prepare themselves to get jobs and live independently.

At the Sixth Street Shelter’s short-term transitional housing program, they get up to two months to stabilize their situation.

“If they’re at two months and doing everything right but they haven’t yet gotten an apartment, we’ll work with them,” he said. “But if it becomes apparent you’re not there to solve your problems, we’re going to kick you out.”

To get into the shelter’s long-term transitional housing program, which lasts up to two years, participants must add a vocational component to their goal plan, either through job training or college.

Despite the success local agencies have had with these programs, the U.S. Department of Housing and Urban Development began shifting from the transitional housing approach during the George W. Bush administration. In its place, as Morning Call reporter Tim Darragh explained last month in a terrific overview, HUD promoted a model called Housing First, which emphasizes getting a person or family out of a shelter and into an apartment as soon as possible, regardless of their willingness to get a permanent job, sober up or commit to a long-term plan. HUD has argued this is a more cost-effective approach.

Jennings, however, has resisted the idea that it’s best to get people housed first and then start addressing their problems, partly because there isn’t nearly enough affordable housing available.

“I think it’s wrong,” he told me. “There are people whose problems involve poverty, but also involve their own unwillingness to deal with their issues.”

As he explained on the CACLV’s blog, “Getting someone a home without addressing their drug addiction or depression or their need for a job so they can afford to keep the apartment is a pretty good bet that resources will be wasted.”

New Bethany Executive Director Diane Elliott told me, “I’m not a fan of Housing First. One of the reasons we no longer have our facility is we would have had to take anybody into it. We’ve got families. We couldn’t take an active heroin addict into a house with a lot of little kids. It wouldn’t work for us.”

She pointed out that Trump administration policies have been discouraging the construction of more affordable housing by reducing the rate of return for builders. So the demand for affordable housing in the Lehigh Valley far exceeds the supply, and there’s little prospect for improvement.

“We’re getting phone calls or notes almost daily from families who have no place to go,” she said, “and we can’t help them.”

Because it refused to change its behavior-focused approach and was losing funding, CACLV reached the point where it couldn’t afford to maintain both its long-term transitional housing programs, which are located at Seventh and Turner streets, Allentown, and at Sixth and Ferry streets, Easton.

“My board voted to shut down our Turner Street Apartments,” Jennings explained. “I said, ‘Give me a shot at a Hail Mary pass to our donor base, to see if anybody has $60,000 that can rescue this program.'”

I got one of the letters at home and decided to write about it.

“Because of HUD’s position, which is, in our opinion, just wrong, we are going to have to shut down our program in Allentown,” Jennings wrote. “The 12 families who live there and are required to improve their employability through some kind of vocational development plan will be out of luck, as will every other family who had great hopes for their future through our support.

“We are hoping this appeal to our many, many supporters might bring us a miracle. We need to find that rare person who would be able and willing to contribute a substantial amount of money in order to keep this project going,” he said.

“Such a commitment would give us more time to find a more permanent solution,” the letter read.

Jennings figures that letter found its way to people’s mailboxes that Thursday and Friday.

So he was Staubach, not Brady. But it got better.

When Jennings told him he already had a donor, this one said, “I know you can use the money. We’ll give it to you anyway.”

Jennings told me he got another call last Wednesday from someone who committed $30,000.

“It produced a miracle,” he said. “It’s the kind of thing that makes you feel good about your community.”

So instead of publicizing an appeal for help, I’m the bearer of good news. Because of some caring, generous people, this program will survive.

“Thanks to our friends, once again, for demonstrating that the Lehigh Valley truly takes care of its own,” Jennings wrote in conclusion. “And it’s a pleasure to thumb our noses at HUD once again.”