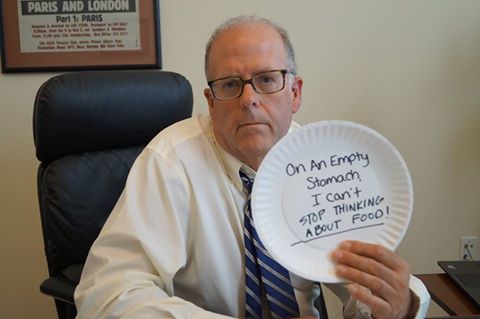 Bill White’s column about the “Hail Mary” pass that produced a miracle got the story right.

The federal government stopped funding transitional housing programs in favor of a concept that doesn’t make sense. The result was the prospect of shutting down one of two transitional housing programs the Sixth Street Shelter in Allentown operates to help those who are especially motivated to become self-sufficient by providing them an affordable apartment for two years, along with assistance from our staff.

During that stay, they participate in career development initiatives like college or job training. My letter to more than 6,000 addresses on Sixth Street Shelter’s mailing list was an act of desperation hoping to find people with the resources to prevent the shutdown of that program. I want to be clear: Sixth Street Shelter is not in danger of being shut down.

Because of the extraordinary response to our Hail Mary appeal, our long-term transitional housing programs remain in operation, thanks to a couple who responded to our appeal. Many others did, too.

This community did what I’ve seen it do so many times. We can call that a miracle, but we can also call that one of the things that makes the Lehigh Valley a special place.

The writer is executive director of

the Lehigh Valley, which operates

Source: This is what makes Lehigh Valley special – The Morning Call